by MVD Entertainment Group
The 46th annual Saturn Awards unveiled nominations Thursday by the Academy of Science Fiction, Fantasy & Horror Films, the nonprofit that honors the year’s best in genre films, TV, home entertainment and theater. A complete list of categories and nominations can be found HERE

MVD is pleased to announce we have four titles up for consideration... 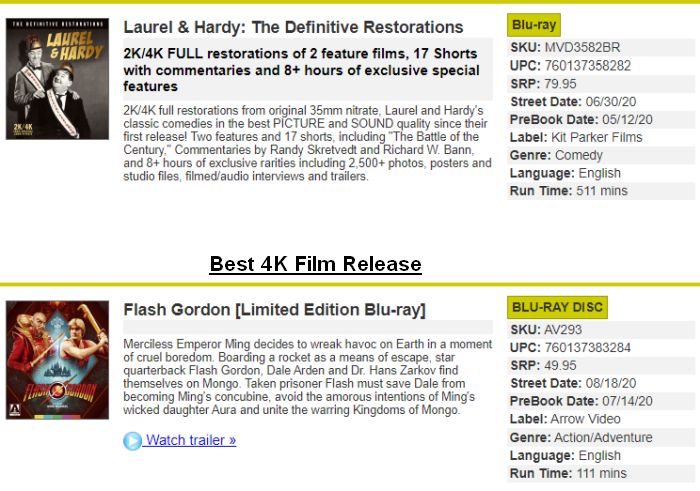