by MVD Entertainment Group
In their annual Indie Power Players feature, Billboard named the top executives across labels, distributors, and associations working in support of the independent artists worldwide.

MVD Entertainment Group is proud to be included, and congratulates Ed Seaman who was interviewed for the story.

Billboard states, "We recognize that this report takes place at an unprecedented time in our industry. Our goal in recognizing the achievements of these honorees is also to acknowledge the strength and resilience of the indie music community." 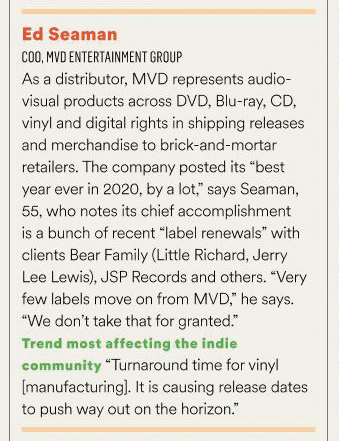