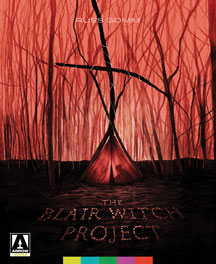 As the Millennium approached, horror was becoming an unusual commodity. Low budget horror films flooded the home video market while their big budget counterparts took hold at the box office. It seemed that a balance could not be found that would please everyone. In the final months of 1999, horror was saved by a film that became a turning point in many aspects - including film production, film marketing and film distribution. One film was a revelation of cinema which shook the world at the time and created such panic and fear that the effects of the film can still be felt today. Film-maker Russ Gomm takes a look at the phenomena of The Blair Witch Project through the eyes of a fan who was captivated by the unusual promotional strategy that led up to the release. This book takes a trip back in time to the 1990s to uncover the history of the production of the film including a unique making of and its path to success. Through conversations with fellow fans, filmmakers and other industry professionals, the book also examines the lasting effect that this seminal film had on not only the audiences, but the film industry itself and indeed the future of the horror genre. Cover illustration: Peter Strain

As a fan of multiple lines of collectible, pocket-sized deep dives into popular culture (i.e. Bloomsbury's 33 1/3 books, ECW's Pop Classics), I feel the need to commend Arrow Books' production value. Aside from its slick cover artwork, the pages are full of color stills which really enhance the reading experience.