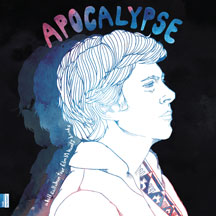 The LP: Exclusive new re-recordings of Bill Callahan classic tracks including: One Fine Morning, Universal Applicant and America The Film: This strikingly shot concert documentary follows enigmatic Drag City singer-songwriter Bill Callahan on a two-week tour from California to New York. For the past 25 years, under both the Smog moniker and under his own name, Callahan has cultivated a legacy as both a pioneer in the lo-fi movement and one of the country's finest troubadours. The film is built on impressionistic scenes of Callahan's life on the road combined with his cryptic musings ("I started playing music when I was 20, and time stopped for me then in a good way"), creating a voyeuristic glimpse into his meticulously constructed universe of disaffection and disorder. It is an austere and beautiful portrait of both the musician and the multifarious American landscape.