Using archive footage, dramatic reenactment and interviews, this DVD details the last hours of his life and the events that led to his tragic death in Paris. 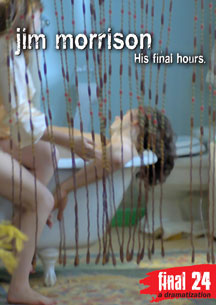 July 2, 1971. Jim Morrison is one of the most famous rock singers in the world. He's also the ultimate sex symbol, but Morrison is at war with his own dark demons. In 24 hours his darkness will consume him and he'll be dead. Using archive footage, dramatic reenactment and interviews with close companions, we detail the end of Morrison's life and the events that led to his tragic death in Paris.