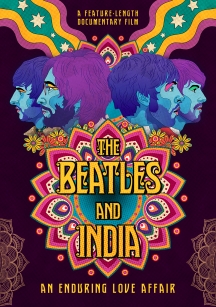 An interesting and informative take on an exotic chapter in Beatles history. For Strong Consideration.

In all the nooks and crannies of Beatles Scholarship, the Fabs’ relationship to and time spent in India is one of the most interesting.

With the stunning music and locations of India and the legendary Beatles this makes an amazing 1, 2 punch of entertainment.

...a unique new look at what many considered to be a pivotal part of the band’s history, its journey to Rishikesh, India in 1968.

The Beatles and India is fascinating for anyone interested in ‘60s culture.

It's difficult if not impossible not to complete a viewing of The Beatles And India without gaining more than a little insight about this heretofore much-misunderstood phase of the groundbreaking group's history. And it's not just the story itself, but how it's told on film, that make it worth watching more than once.

—Doug Collette, All About Jazz

The archival footage with The Beatles is wonderful…