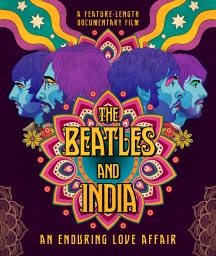 An interesting and informative take on an exotic chapter in Beatles history. For Strong Consideration.

...an audio-visual presentation that stands apart from the many documentaries on the band, delving deep into the most crucial period of their evolution from the world’s most famous pop stars into multi-faceted pioneering musical artists.

With the stunning music and locations of India and the legendary Beatles this makes an amazing 1, 2 punch of entertainment.

The story of their spiritual quest has been endlessly chronicled over the decades, but never quite as thoroughly as in The Beatles and India, a new documentary that looks at this often-studied time in the history of the band from a decidedly Indian perspective.

No surprise to anyone, this documentary will appeal primarily to established fans of The Beatles, though more casual audiences will find it worth watching at least once.

The Beatles and India is fascinating for anyone interested in ‘60s culture.