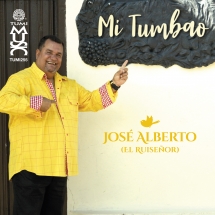 A native of Sierra Maestra in the Eastern part of Cuba, José Alberto Tamayo Diaz is better known as ''El Ruiseñor'' (The Nightingale.)

He was born into a musical family, his father was a tres player and his mother a singer. His professional singing career began at the age of 14 in the band ''Grupo Rock Lasser''. Now in his 50s he has become a symbol of Bayamo and Eastern Cuba.

During his long artistic life El Ruisenor has achieved great national and international recognition as an outstanding singer including the ''Festival de la canción Toronto'' in Canada in 2000 and in 2011 he was recognized as best artist of the year in Ecuador.

He is the most internationally awarded solo vocalist of Granma and his vocal interpretations have been enjoyed in Spain, Canada, Russia, Mexico, Jamaica, Colombia, Peru, Panama, Ecuador, Martinique, Guyana and Guadeloupe. In Granma he has received awards at the ''Sindo Garay'' festival in various years as well as in competitions on the theme of Carnival and won an award of maximum recognition of the UNEAC in Granma.