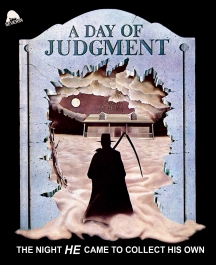 A Day of Judgment is an interesting morality play that has a surprising sheen for such a low budget affair... Fans of "regional filmmaking" may want to check it out. Technical merits are generally solid, and the Thrower supplement in particular quite interesting.