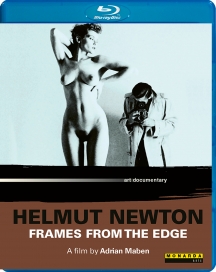 New remastered from original 16mm film due to Newton, Helmut’s 100birthday on 31 October 2020. Strong women in provocative poses, confident, mysterious – in Newton, Helmut’s photography, the lines between art and pornography are blurred. Whether fashion, portraiture or nudes, Newton’s dramatically staged, voyeuristic shots are also reflections of Western society. In 1988, Maben, Adrian visited the star photographer in his adopted home in Monte Carlo and accompanied him to photo sessions in Los Angeles, Berlin and Paris. On these trips, he caught rare glimpses of the artist’s private life and work. Stars like Karl Lagerfeld and Catherine Deneuve recount what it was like to work with one of the most sought-after photographers of the 20th century.