The new sound in jazz featuring some of the genre's greatest young artists, paving the way with fresh compositions and paying tribute to the greats. 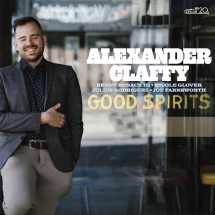 The 90s brought us a new generation of jazz musicians, dubbed at the time, the 'Young Lions'. Artists like the Marsalis's, Stephen Scott, The Harper Brothers, Nicholas Payton and Joshua Redman brought a new take on the tradition, with musicians that closely studied the jazz icons before them, and presented a neo-classical approach to jazz music. It was a successful way to market these artists, but it definitely limited them in what they played and recorded.

30 years later, we have a rejouvenance in this music, with incredible young musicians coming on the New York scene. Their approach is similar to the young lions era of the 1990's in that there is a deep knowledge and respect for the tradition, virtuostic technique and huge talent, but the artists today also have a greater freedom that harkens back to the 50s and 60s, where they can explore the music deeper, using modern music influences in their production, arrangements, and playing, while still respecting the past. The label system is mostly run by indies now as well, so unlike the 1990s era, jazz artists are way more free to play what is truly in their hearts and minds. This freedom and respect for the past could not be represented any more clearly then on the debut album from this group of musicians. Led by Alexander Claffy & featuring the greatest young jazz musicians in New York, this album is perhaps the best example of the current group of next-gen jazz artists out there.

Cory Weeds, the label owner and Producer sums it up with his comments from the liner notes:

"I've have gone on record many times expressing my discontent that young musicians today do not revere the origins of this music the way they should. But Claffy, Rodriguez, Benack and Glover are all under 30, and their reverence for the masters of this music oozes out of every pore. You can hear it in every note that they play. They're not stuck in the past, but they honor it and, to my ears, it is the most refreshing thing ever."

Claffy's bass is agreeably assertive, easily able to prominently lead the way instead of being more of an understated pulse. (Under Claffy), one really appreciates the instrument's ability for muscle and attractively playing, laying down a melody line on its own.