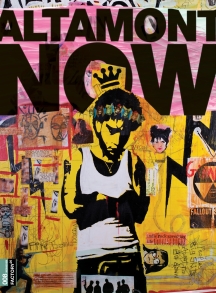 It's the 30th anniversary of the Rolling Stones' disastrous concert at Altamont. Deep inside an abandoned nuclear missile silo in the middle of the California desert, indie rock legend-turned recluse Richard Havoc and his band of alt-rock misfits sequester themselves 15 stories underground as a giant F-U to "The Man." When a mysteriously square journalist infiltrates the gratingly endless parade of "Alternative Nation" posturing and lame angst-y whining, all Hell breaks loose. Can the power of rock save Havoc and the world from nuclear devastation? Or will Havoc wreak havoc, taking half the country with him in his effort to find something (anything) to rebel against?A comedic slice of Indie Rock Apocalypse, Altamont Now is a biting satire of how the "alternative" youth culture of America lifts its rebellion from the past. Borrowing the form of the Maysles' Gimme Shelter thatdocumented the Rolling Stones' tragic Altamont concert, Altamont Now presents a unique reversioning of 1960s rock-sploitation films, Black Panther-style revolutionary rhetoric, and cinema verité to portray and eerily emblematic group of youth who have nothing worth rebelling for. Altamont Now is a uniquely humorous and critical meditation on the state of youth rebellion in America today.