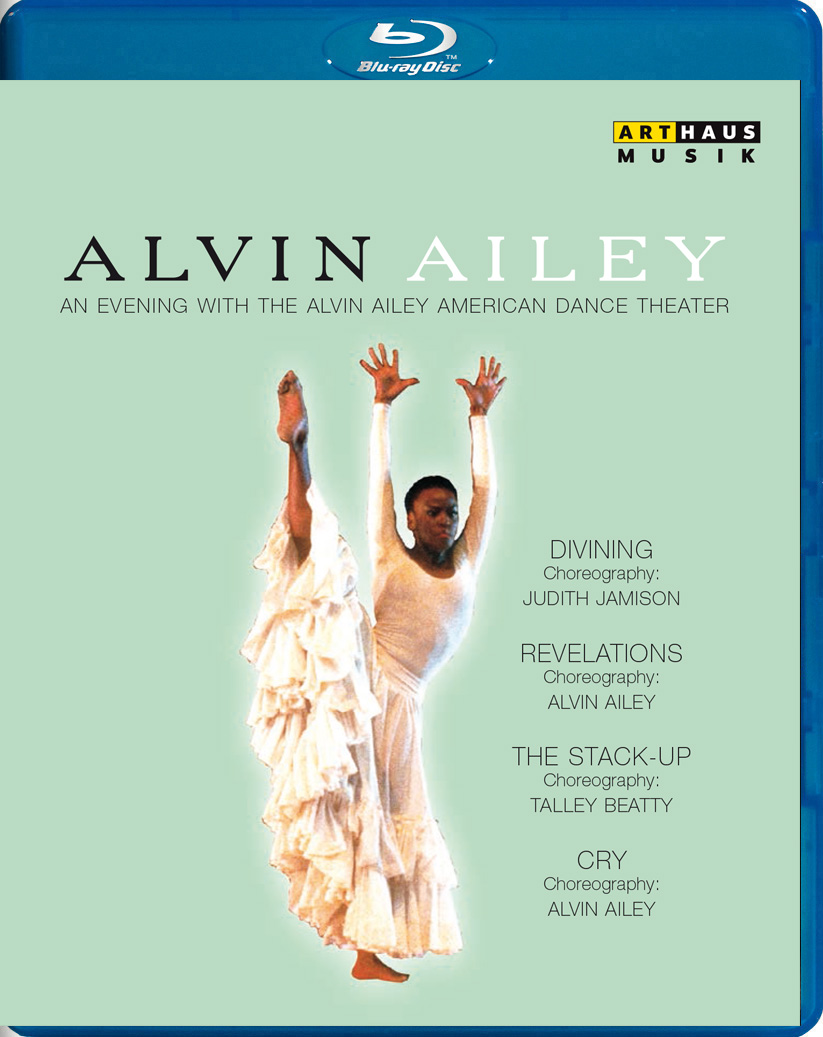 In this brilliant studio recording, the Alvin Ailey American Dance Theater, the country's boldest and most exciting dance company, brings its distinctive style home to you - dazzling, brash and dynamic, yet graceful and poetic. Divining was Judith Jamison's first major work as a choreographer for Alvin Ailey. The dance evokes a strong feeling for African tribal ritual and is set to hauntingly rhythmic drum music. Revelations expresses Ailey's intense feelings for his roots in the South. Here you'll see Ailey's vivid "blood memories" of the blues, spirituals, gospel music, ragtime and folk songs as well as the hard life of the Southern black during the Depression. Set to Modern Jazz, The Stack-Up takes place in modern-day Harlem. You'll witness the cruel reality of urban street life as a young man is destroyed by drugs. Cry was choreographed by Alvin Ailey in 1971 for Judith Jamison and is one of his most famous pieces. Created as a birthday present for his mother, it is Ailey's tribute to black women. You can't help feeling being moved by the struggle, the anger and most importantly, the celebration.