After a mutating virus wipes out most of the population, a brother must escort his younger sister across a desolate country to find safety. 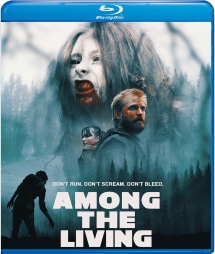 A struggling older brother must escort his young sister across a desolate country to find safety with their father after a mutating virus wipes out most of the population. Harry (Dean Michael Gregory) and Lily (Melissa Worsey) must survive against feral, infected humans, as well as the greater danger of other survivors. After Lily is injured in an animal trap, they seek refuge with a father and son pair, pushing Harry to put his trust in strangers. As Lily recovers, Harry struggles to decide between moving on to finding their father, or staying in the seemingly safe home of Karl (George Newton) but the closer Lily gets to the pair, the more distrustful Harry becomes.