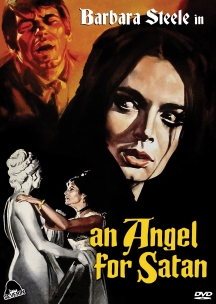 Severin's new Blu-ray of "An Angel for Satan" may be the first-ever authorized U.S. release of the film, and they've rightfully given it the edition it deserves. Whether you're a fan of Barbara Steele or Italian horror in general, you'll find that there's much to enjoy here.