Andrew Osmond - Ghost In The Shell 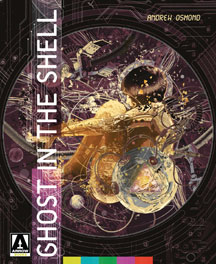 A science fiction classic that was largely overlooked on release, Ghost in the Shell has grown in stature with the support of such Hollywood fans as James Cameron and the Wachowskis, and in 2017 was controversially remade as a live-action spectacular, starring Scarlett Johansson. Anime expert Andrew Osmond focuses on the original 1995 film, tracing the paths of the Japanese talents who came together to make it, including the visionary and maverick director, Mamoru Oshii, as well as the original manga creator, Masamune Shirow, and how their different sensibilities came together. Other chapters look at the film's unusual international co-production with the UK's Manga Entertainment; discuss the figure of Kusanagi, the film's iconic cyborg heroine who's both a James Bond-style killer and a contemplative philosopher; examine Ghost in the Shell's debts to Blade Runner and Japan's tradition of robot fantasies; and ask if it's really a "cyberpunk" film, as it's so often labelled. Andrew Osmond is the author of 'BFI Modern Classics: Spirited Away', 'Satoshi Kon: The Illusionist' and '100 Animated Feature Films.' Cover illustration: Chris Malbon

This little perfectbound and brightly illustrated paperback from Arrow is something you'll want to proudly display among your trove of printed treasures forever.