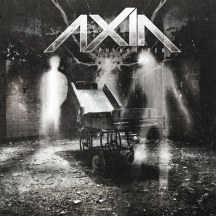 First full length of Portuguese band Axia. 21 songs of intense and blistering grindcore with some metal and hardcore influences. The backbone of Axia's music is an hybrid raid of extreme paced songs, infused with infinite levels of self-inflicted negativity and hopelessness. Axia was crafted under the zero-centric vision of four oblivionized individuals known for collaborations with The Ominous Circle, Holocausto Canibal, Heavenwood, among many others. Mastered by Peter in de Betou (Arch Enemy, Amon Amarth, Meshuggah, Hypocrisy, among many others), the new album is ready to be released when the perfect alliance as been accomplished. This is a must have for fans of Nasum, Napalm Death, Rotten Sound, Gadget.