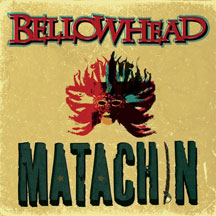 The self-produced â€˜Matachinâ€™ is a magnificently murky and rum-sodden collection of 11 traditional and original songs from an 11 piece British band who defy easy categorization. The follow-up to Bellowhead's debut album, 'Burlesque' which was praised to the rafters on release in 2006 and became one of The Guardian's 'Top 1000 Albums To Listen To Before You Die'.