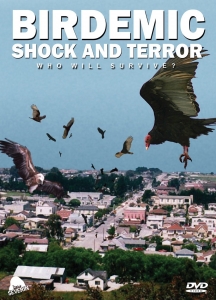 It is a tender love story. A graphic horror shocker. An urgent ecological warning. And around the world, it became the must-see 'midnight movie' sensation of the year. From writer/producer/director/visionary James Nguyen - The Master Of The Romantic Thriller - comes the story of a sexy lingerie model (Whitney Moore) and a successful software salesman (Alan Bagh) on a weekend getaway to a quaint Northern California town. But when the entire region is attacked by millions of homicidal birds, their picturesque paradise becomes a winged hell on earth. Can mankind now survive the avian onslaught of Birdemic? Hollywood legend Tippi Hendren of Hitchcock's The Birds makes a Special Appearance in the global cult movie phenomenon that Videogum says "might end up being the greatest film of all time!"