When a down-on-his-luck private eye is hired by a sultry client, he'll find himself caught in a web of seduction, blackmail and murder. 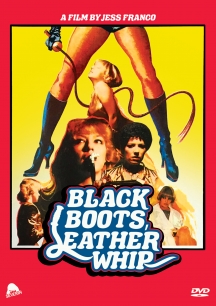 During one of the most insanely productive periods of his career, writer/director Jess Franco resurrected the character of seedy private eye Al Pereira -- portrayed here by key collaborator Antonio Mayans -- for this 1983 Golden Films Internacional hard-boiled erotic thriller: When down-on-his-luck Pereira is hired by a sultry client (blonde wigged Lina Romay under her pseudonym 'Candy Coster') for a fast-buck job, he'll find himself caught in a web of seduction, murder, blackmail, polyamorous mayhem and a Sadomasochistic centerpiece that is jaw-droppingly extreme even by Uncle Jess standards. Asunción Calero (HOUSE OF LOST WOMEN) and Rocío Freixas (THE SINISTER DR. ORLOFF) co-star in this postmodern neo-noir Franco-style, now scanned uncut from the original negative for the first time ever.

One of Franco's least-seen but wildest efforts... Soaked in gauzy Iberian sunlight, Jess excelled with films like this.

—I'm In A Jess Franco State Of Mind