Bong Of The Living Dead

The End is HIGH. 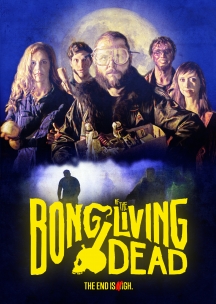 Its the story of five friends who share both a love of pot and a lifelong dream to see the zombie apocalypse become reality. But when the undead actually rise to gruesomely (and hilariously) eat the living, the group discovers it's not all corpse-killing montages and mall raids ... and that their relationships will be pushed to the limit if they're going to survive.

A well-crafted, and fun piece of genre-blending cinema