Eat and sing your way through the Holiday Season! 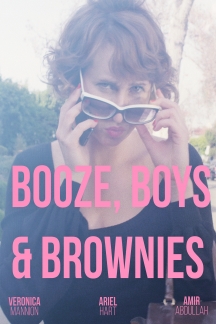 A musical comedy about an actress trying to make it in Hollywood. A quirky singer-actress, Vivian is currently eating her way through the holiday season after getting dumped by her ex-boyfriend, a self absorbed but heartfelt spoken word poet. Along with her no nonsense BFF, Vivian juggles auditions, blonde frenemies, and not running into dangerously attractive musicians who ruin her life.