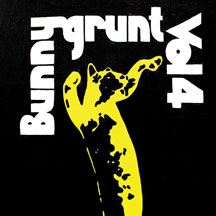 They started off twee but spent so much time on the road that they learned how to rock. The missing link between Teenage Fanclub and Teenage Wasteland, like a bat out of hell baby, Bunnygrunt was born to run. They've been tearing it up for years now--legends of the underground teaching the indie kids how to rock and the rockers how to weep. Fueled by the kindest dog in St. Louis, the immortal Rusty, Bunnygrunt's spent their lives stuck in the middle of a nowhere that used to be a somewhere (the gateway to the west that's now seen as a hateway to the rest), and you can hear it in every note of their beer-soaked, hopefully desperate and hopelessly hopeful, music.