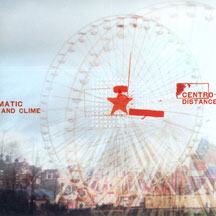 On the strength of its single, "To Unleash the Horses Now," with its indie rock riffs and progression from rhythmic, folk-style narrative to squelching, fuzz-laden rant, Distance and Clime keeps up with Centro-Matic's succession of strong releases. Lines like "on the cusp of magnificence" and "no options left to lose" create a cyclical feel that winds down with a stubbornly grasped bit of distortion. The rest of the album isn't quite as radio-friendly, which isn't a bad thing. Centro-Matic holds on to its Texas-style alt-rock roots, but there are enough hooks here, and even a couple of velvety ballads, to keep new converts listening. ~ Travis Drageset, All Music Guide