A petrifying look at a serial killer through CCTV cameras secretly installed in his home. 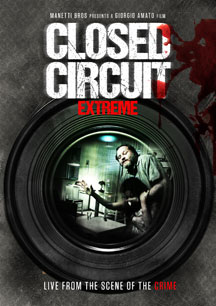 After their friend goes missing, a young couple break into the house of a suspected serial killer and plant hidden cameras but when they attempt to retrieve the evidence they are trapped and are forced to fight for their lives.

A truly petrifying look at a lonely serial killer