Steve Davis is widely regarded as one of today's leading improvisers on the trombone. 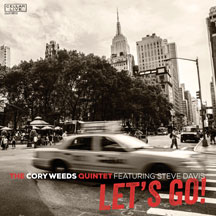 Steve Davis is widely regarded as one of today's leading improvisers on the trombone. His lyrical, hard-swinging style first gained him broad recognition during the 1990's while working with the bands of jazz legends Art Blakey, Jackie McLean, Chick Corea's Origin and the cooperative sextet, One For All. Steve has appeared in Downbeat Magazine's Reader's and Critic's Polls numerous times, winning the TDWR (Risng Star) Trombone Category in 1998. Steve was also recently nominated by The JJA as 2010 Trombonist of the Year.