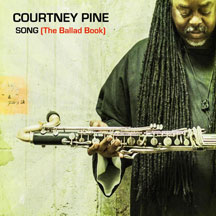 In the 1980's Courtney Pine was one of the first black British jazz artists to make a serious mark on the resurgent jazz scene, when his first album charted and some twenty plus years on (now with an OBE and CBE for services to music) he continues to break new ground with a string of highly acclaimed recordings and numerous, prestigious, Industry awards. In April 2014 he joined Herbie Hancock and a dazzling line- up of Jazz all-stars for UNESCO's globally televised concert in Osaka to celebrate International Jazz Day, and his name regularly appears on the list of Most Influential Black Britons. 2014 saw him perform sell out shows across the UK, USA and Canada and mainstage appearances at Bestival, Love Supreme and the London Jazz Festival featuring music from his award winning, critically acclaimed, studio album 'House of Legends'. Described in The Observer as "a remarkable pianist by any standard," Zoe Rahman has firmly established herself as one of the brightest stars on the contemporary jazz scene. A vibrant and highly individual pianist/composer, her style is deeply rooted in jazz yet it reflects her classical background, her British/Bengali heritage and her very broad musical taste. Courtney explained the motivation behind the album, "I have always wanted to record a collection of my favorite ballads and there is nothing like performing in a duet for bringing out the intimacy of great songs." These songs includes a mixture of originals by Pine and compositions by Donny Hathaway and Edward Howard, Duke Ellington, Sam Rivers, Thad Jones and the Brian McKnight hit "One Last Cry."

(5 stars) This is a beautiful and deeply impressive piece of work by two of our finest players.'

(5 stars) It's a match made in jazz heaven...Pine's prowess on the bass clarinet, which he plays throughout, is breathtaking.

(4 stars) If House of Legends was the most danceable album Courtney Pine has ever produced, this successor to it is the most reflective and beautiful...Masterly.