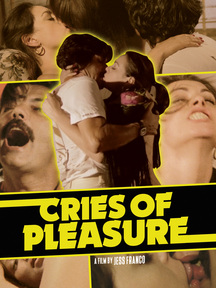 Obscure even by hardcore Jess Franco fan standards, it remains the legendary writer/director's most daring work of his early '80s erotic shocker oeuvre: Inspired by Hitchcock's ROPE, Franco utilized long takes, minimal edits and his beloved Lina Romay at her most extreme for this de Sade-induced saga of violence, depravity and psychosexual mayhem among the amoral elite. Antonio Mayans (aka Robert Foster of DEVIL HUNTER and HOT NIGHTS OF LINDA), Rocío Freixas (THE SINISTER DR. ORLOFF) and Elisa Vela (aka Jasmina Bell of MANSION OF THE LIVING DEAD) co-star in this fascinating Franco rarity from his Golden Films Internacional period, now featuring a 4k scan from the original negative.