Curse Of Lono - People In Cars 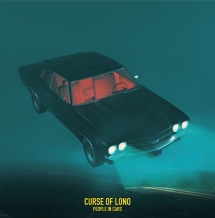 London alt-rock outfit Curse of Lono share brand new single 'Let Your Love Rain Down On Me', a hypnotic widescreen teaser for upcoming album 'People In Cars', set for release 19th November via Submarine Cat Records (She Drew The Gun, Alabama 3, John Murry). Recorded during lockdown with long-term collaborator and producer Oli Bayston (Spiritualized, Teleman, Boxed In) and engineer Iain Berryman (Wolf Alice, Arcade Fire, Kings Of Leon), 'People In Cars' is a stunningly cinematic record that continues the band's musical evolution and reinforces their trajectory as one of the most compelling lyrical voices of the British musical underground. Heralding the next thrilling chapter in the group's development with lead track 'Let Your Love Rain Down On Me', singer-songwriter Felix Bechtolsheimer explained: "When I first got clean, I used to feel like running away a lot. Whenever things got too much I'd jump in my uncle's Jeep and drive along the ocean, all the way from Boynton to Miami and back again, blasting Rolling Stones records until I felt better. This song captures that feeling. Only this time the pain isn't drug related. It's the ghosts of the past and the people I've lost. My Dad. My friends. My closest allies. They are all with me on this drive". Having established a rapidly growing fanbase and widespread support across the press landscape (MOJO, UNCUT, Shindig!, Paste, Under The Radar), as well as BBC 6 Music spins courtesy of Lauren Laverne and Huey Morgan, Curse of Lono's ascent continues to impress, and with numerous festival appearances and support tours in the UK, Europe and the US behind them, the band are readying themselves for a return to the road later this year to coincide with he album's release.