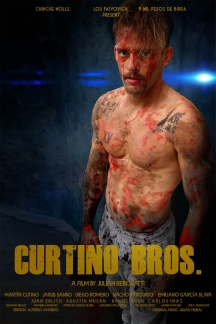 A decadent lawyer, a mafia boss in retreat; a convict thirsty for revenge; a former orthodox Jew who runs a brothel, a failed clown, a Slovak criminal who dreams of fame and the Montecastro neighborhood as a backdrop, make up this violent and shattering comedy by Argentine director Julián Reboratti.

This motley cast of characters will give violence a bad name.