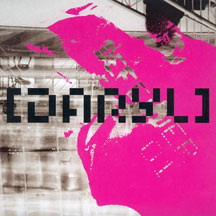 Named for the sleeper '80s movie about a robot boy who learns to have feelings, Texas' [DARYL] plays some of the hands-down best updates of new wave's synth rock. Like the Strokes covering Gary Numan, [DARYL] matches catchy, angular melodies to whining keyboards and Pixies-like song structures ("Duration," "Bottle Rocket"). Touching on everything from the Cars to Echo & the Bunnymen to New Order, the band's self-titled sophomore album burns through nine charged tunes with vocals reminiscent of Joe Strummer, poppy synth melodies, and Neu! atmospheres ("Petition"). Interpol has inherited the legacy of Joy Division and the Chameleons, Radio 4 follows in the footsteps of Gang of Four and Public Image Ltd., and the Faint make retro dance music, but [DARYL] is the band who takes the most pop elements of new wave and somehow makes them into something with the spirit and energy of punk rock.