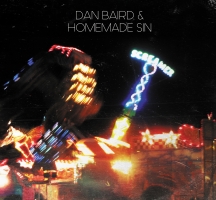 Joining core members: Dan Baird and Mauro Magellan (both ex Georgia Satellites) and Warner Hodges (Jason & The Scorchers) is new bass player Sean Savacool. Amongst the writing partners on this album are Terry Anderson who wrote "Battleship Chains" and "I Love You Period". Screamer is probably the most upbeat album to date, reflecting a positive outlook on life through adversity, with most of the lyrics being influenced by Dan's diagnoses with CLL (an aggressive form of leukaemia) last year. His enforced time off the road whilst undergoing treatment and eventual all clear from the disease.