All of Danny Kaye's considerable talents are on display and with guests like Lucy and Satchmo he's in wonderful company. 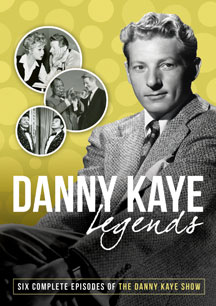 The Danny Kaye Show is a lot of fun... I hope they keep putting out DVD releases of the show. Recommended.