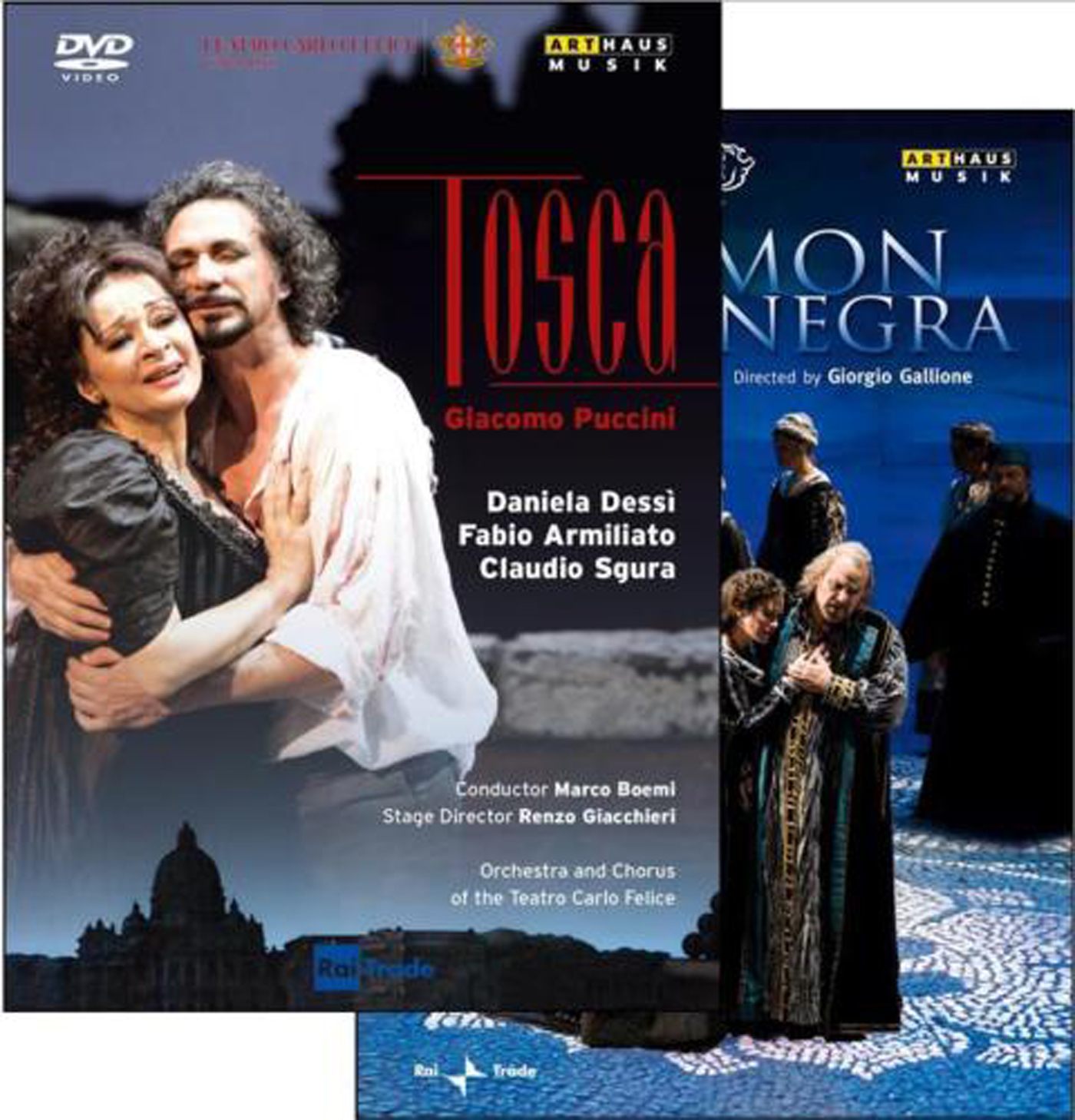 Puccini's Tosca as a legendary performance from the Teatro Carlo Felice in Genoa 2010. it stars the opera world's power couple, Daniela Dessi and Fabio Armiliato, as two lovers Tosca and Cavaradossi. Combined with Verdi's Simon Boccanegra from Teatro Communale di Bologna with its young cast and a superlative performance by Roberto Frontali as the title hero himself.