Contains the concert from the second Rockpalast rocknight 1978 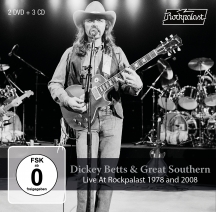 When Dickey Betts entered the stage at the second Rockpalast rocknight in 1978 another magic moment in the long history of Rockpalast for decades was born.