Because Vengeance Is Sweet 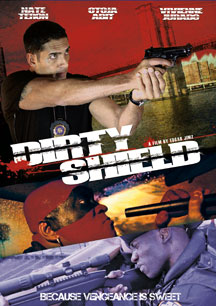 Detective Ricardo Colletti's personal life is turned upside down when his wife is raped by members of a notorious street gang. When two of the gang members are found dead, the Internal Affairs Bureau makes a bold move to catch their suspect before the remaining rapist is killed. They will attempt to break the blue wall of silence in an unorthodox way.