Don't Go In The House

A shy incinerator worker scarred by memories of his mother's abuse begins luring women to his childhood home for incendiary torment. 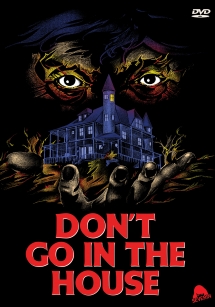 More than 40 years ago, it ignited a firestorm of outrage in America and DPP 39 condemnation in the UK. Now one of the grisliest gems of the '80s can be seen uncut and fully remastered like never before: A shy incinerator worker (an unnerving performance by Dan Grimaldi of THE SOPRANOS) scarred by memories of his mother's abuse begins luring women to his childhood home for incendiary torment, including "one of the most shocking, notorious scenes in sleaze-horror history" (Mondo Digital). Director/co-writer Joseph Ellison delivers "an underrated classic on the same level as MANIAC" (Ninja Dixon), now featuring a new 2K scan from the original negative with hours of Special Features.

A great film... A dark, gruesome and nasty little gem deserving of a loftier placing in horror history. Ignore the warning and go in.

Genuinely disturbing... As a depiction of one man's downward spiral into insanity and chaos, it makes for frequently unsettling viewing.

A must-see for genre fans... A new kind of horror with extreme violence, solid direction and on-the-mark effects that makes this film stronger than it had to be.'