Two grindhouse movies from the depths of the 1970's Drive-In Theaters in a double feature Blu-ray for your viewing pleasure! 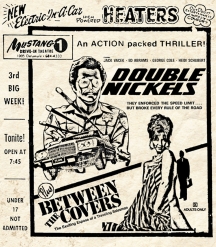 Two highway patrolmen think they are working on the side repossessing cars. But eventually, they realize that they have been tricked and are actually stealing the cars.