The Lord Is Knocking At The Door Of Our Hearts. 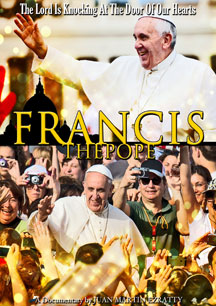 On March 13, 2013 cardinals stunned the world when they elected Pope Francis, the first Latin American Pope. Through unedited testimonies, we hear from those who know him best, those who lived with Bergoglio. From his only living sister, Maria Elena, to his successor as superioi-general of the Jesuits in Argentina.