Only The Past Can Save Her. 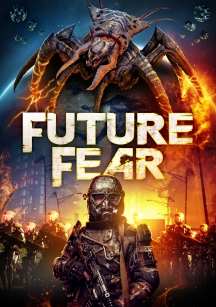 In a distant future, an archeologist is hunted by alien attackers and takes refuge in the ruins of a long extinct civilization. She must employ ancient technology in hopes of finding a way to fight back against her hunters and escape the planet.