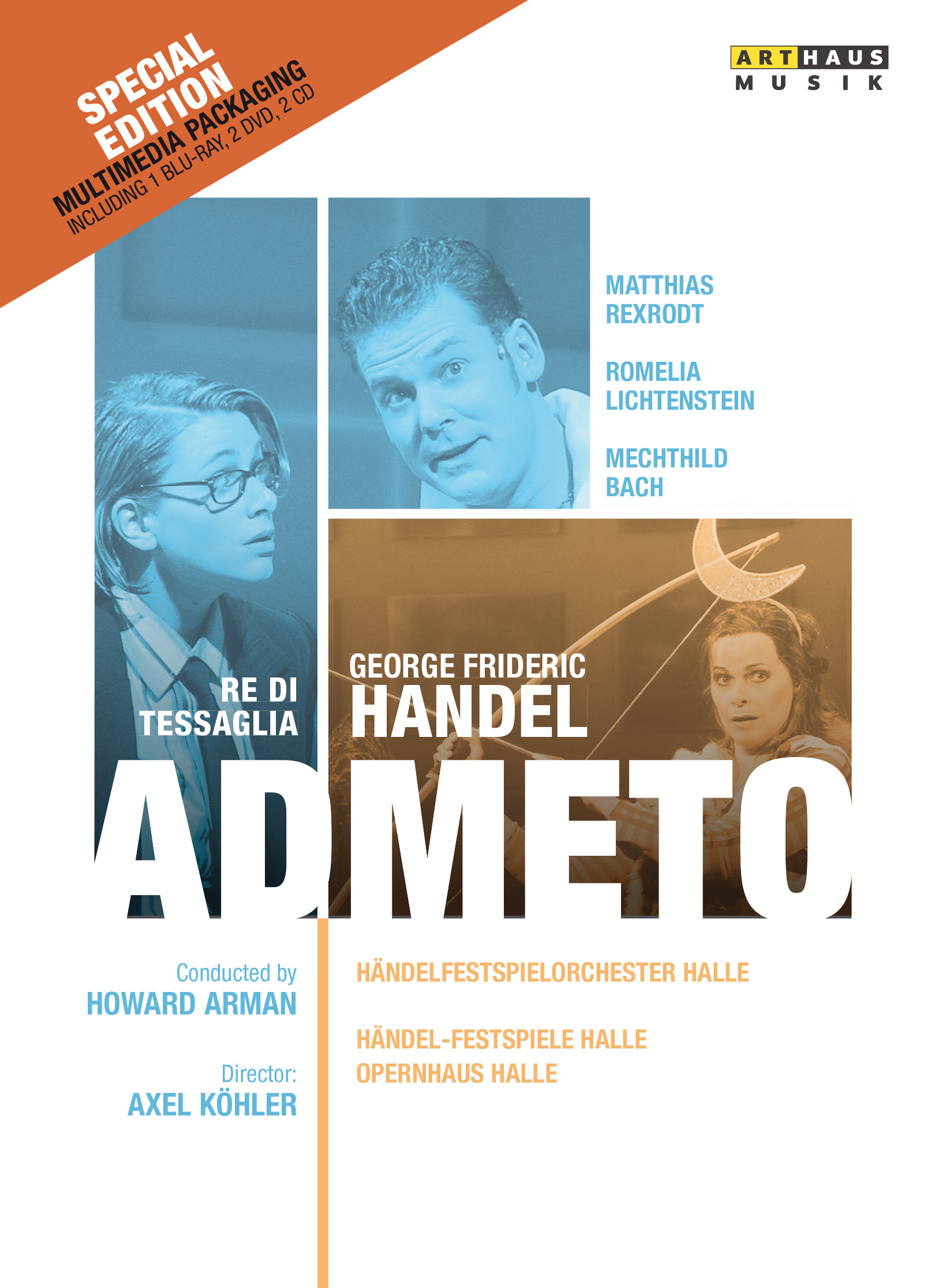 George Frideric Handel's „Admeto" is considered one of the most successful operas produced in the first half of the 18th century. Along with „Radamisto", „Giulio Cesare", „Tamerlano", „Rodelinda" and „Alessandro", which were also written in this period, Admeto belongs to Handel's so-called "London operas" - works he composed for the Royal Academy of Music. Though born in Halle, Germany, Handel spent most of his adult life in London and became a British subject in 1727.Axel Köhler, the celebrated counter-tenor who is active in Munich, Halle and Berlin - now also well known for his work as a director - has brought „Admeto" into the modern era in timeless style by the skilful application of imaginative theatrical digressions. Köhler's production at the Halle Opernhaus revisits a work that encompasses comedy, tragedy and almost absurd grotesqueness and gives it a convincing metaphor in the form of a modern hospital.Arthaus Musik presents this unique production in high-end audio and video quality. The Multimedia Packaging offers Handel's magnificent masterwork on Blu-ray, DVD and CD.