A documentary about the world's most influential and expensive living artist 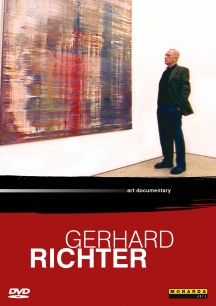 Described in Art Review as the world’s most influential and expensive living artist, the German painter Gerhard Richter was enjoying enormous success in London with his retrospective show at Tate Modern entitled Panorama in 2011. This particular film was made some years ago at the time of his equally successful American retrospective at MOMA entitled 40 Years of Painting” and charts his entire artistic career. Born in Dresden in 1932, the year before Hitler came to power, Richter later grew up in communist East Germany, before escaping to the West just before the Wall went up in Berlin. Since then he has produced a large diverse body of work from his blurred photobased paintings to his gigantic abstractions, from his Baader Meinhof pictures to his perceptual installations using sheets of glass. Gerald Fox’s film caught up with the artist at his home in Cologne where he was undergoing a period of quiet reflection and preparation before beginning a new series of paintings.