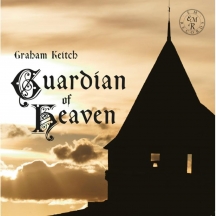 ''Guardian of Heaven'' is a selection of previously unrecorded choral works by English composer Graham Keitch performed by the international prize-winning choir Cantate and their director, Zoltan Pad.

The recordings include settings of the Mass and Evening Canticles, and various motets and anthems based on English and Latin texts. Most have been sung recently in the hallowed acoustic spaces afforded by cathedrals and churches in the United Kingdom and further afield as the composer's work becomes more widely known. Keitch's music mirrors the vibrancy and intensity of the words with a modernity that can belong nowhere else other than in the Christian liturgy. In this way, he calls the listener to a still space that seems ever more dispersed in our everyday, busy lives. The settings recall something of the world of Renaissance music although the tonal and harmonic language is firmly contemporary.