Their mission is to keep our world safe from evil. 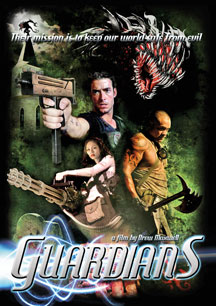 Twilight Cove, a small forgotten town, is besieged by hideous creatures summoned into our dimension. It's only a matter of time before the army of creatures attacks the rest of civilization and wreaks havoc upon the world. At dusk, a beat-up truck containing a rag-tag team of hardened mercenaries rolls into town, and this is not the first time they've been called in to exterminate; they are part of a secret society that has been operating outside of the government and the public eye for thousands of years. Their mission is to keep our world safe from evil-of our own creation and from beyond.