Highly anticipated new album from Hans Chew, the follow up the critically acclaimed Tennessee & Other Stories 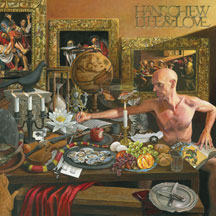 "Life & Love" is the second album from New York City pianist, singer, songwriter and performer Hans Chew. After receiving 4-star reviews in both Rolling Stone and Uncut magazine for his debut 'Tennessee & Other Stories', Hans Chew returns with his eagerly anticipated follow up. The snapshot of a rock and roll band, 'Life & Love' was recorded live in the studio with limited overdubs to allow the listener to feel the immediate raw power of this well-oiled band. With distinct influences of British and southern American classic rock, the album's sound stands on plenty of blues, country, and soul as it bares its teeth. Conceptually, "Life & Love" isn't complex: it deals with the experience of life and the role that love plays in it. Its imagery however, betrays another reality. The listener will encounter the creation and rise of civilization, temptations of the flesh from across the railroad tracks, the cool hand of the goddess of mercy, a marriage between a nymph and the son of Zebedee, a prodigal son in goatskin cloaks, Tsars, Boyars, the ripping open of space and time, and last but not least, the Junco Partner himself. Think Led Zeppelin, Arbouretum, James Booker, Endless Boogie and you'll get where Hans is coming from.

Hans Chew may well be the secret weapon ... there's a perhaps understandable comparison to be made with The Band.

Life & Love is a barn burning smoker of a record that's simply irresistible.

Invigorating in the extreme...