Have Yourself A Swingin' Little Christmas 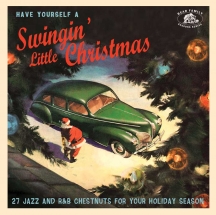 - These include the two rare songs from Louis Armstrong's 1953 comedic Decca single and the original version of Kay Starr's Waiting For The Man With The Bag, which became famous through the Brian Setzer Orchestra!