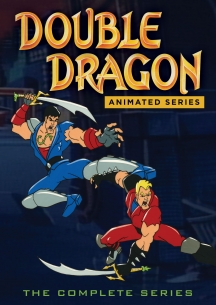 A martial-arts master and his twin brother fight evil in this animated series based on the extremely popular "Beat 'em up" Video-Game franchise published by SEGA. Based on the first title in the series, Billy and Jimmy Lee are twins separated at birth and raised by opposing factions. Following the Code of the Dragon, "never to harm others intentionally and not fight if one can help it," Billy trains to become the Dragon Master by his 18th birthday. Billy Joins forces with policewoman Marian Martin and together they fight to protect The City from the Shadow Warriors, a criminal organization led by the mysterious Shadow Master, who secretly instructs Jimmy Lee in the dark ways of the Black Flame. Can long-lost brothers reunite to become the legendary Double Dragon?