Intimate film on the dynamic Ike and Tina Turner at their creative peak. 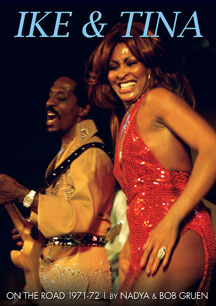 In the early 70's, legendary rock photographer Bob Gruen and his wife Nadya toured with Ike & Tina Turner and filmed them performing, on the road, and behind the scenes. Now for the first time ever this footage is unveiled. This is a look inside a hardworking band as well as an iconic couple.

On The Road features Ike & Tina hard at work on and off stage, proving that there was far more to the pair than their highly-publicized domestic abuse situation.

...the best of the releases on this list featuring raw, insightful video and film footage shot by Nadya Beck & Bob Gruen during the last peak years of the duo