A West Virginia songwriter, his songs have been on PBS American Masters series as well as covered on many albums 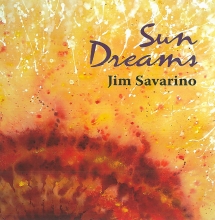 Jim is a songwriter from West Virginia whose life experiences fuel songs with poetic descriptions of life, nature and the spiritual world, with a viewpoint of optimism, humor and hope. His song, "Walkin' Shoes" appears in the PBS American Masters documentary, "Tyrus", chronicling the life of the Chinese-born American artist and Disney Legend, Tyrus Wong.

I just got his CD and I LOVE IT...this guy has a future, really is as talented and clever with his lyrics as John Gorka

A great West Virginia singer/songwriter with best coal mining song since John Prine's 'Paradise' (Referring to Jim's song 'Where Have The Mountains Gone?')

In any event, I've been trying to find western artists (who write meaningful songs) as well and they're not as easy to find. All of these have written at least a few songs. The mix of their own songs vs. covers varies widely. ... Moving to the west 'coa the last sentence should read: Moving to the west 'coast,' there's the late Kate Wolf. (Living artists include Joan Baez, Judy Frankel, Mary Rice Hopkins, Heidi Mueller, Jim Savarino, and Paula Joy Welter.

'For lovers of Appalachian folk and Americana, who also think it's important that songs have substantive meaning, Jim Savarino's album 'Sun Dreams' is a must-have! Timeless, poetic and with passion he sings about life, hope, love, nature and also about the catastrophic way of coal mining in the Appalachian Mountains (his song 'Where Have The Mountains Gone?' features in the movie 'Rise Up ! West Virginia').'