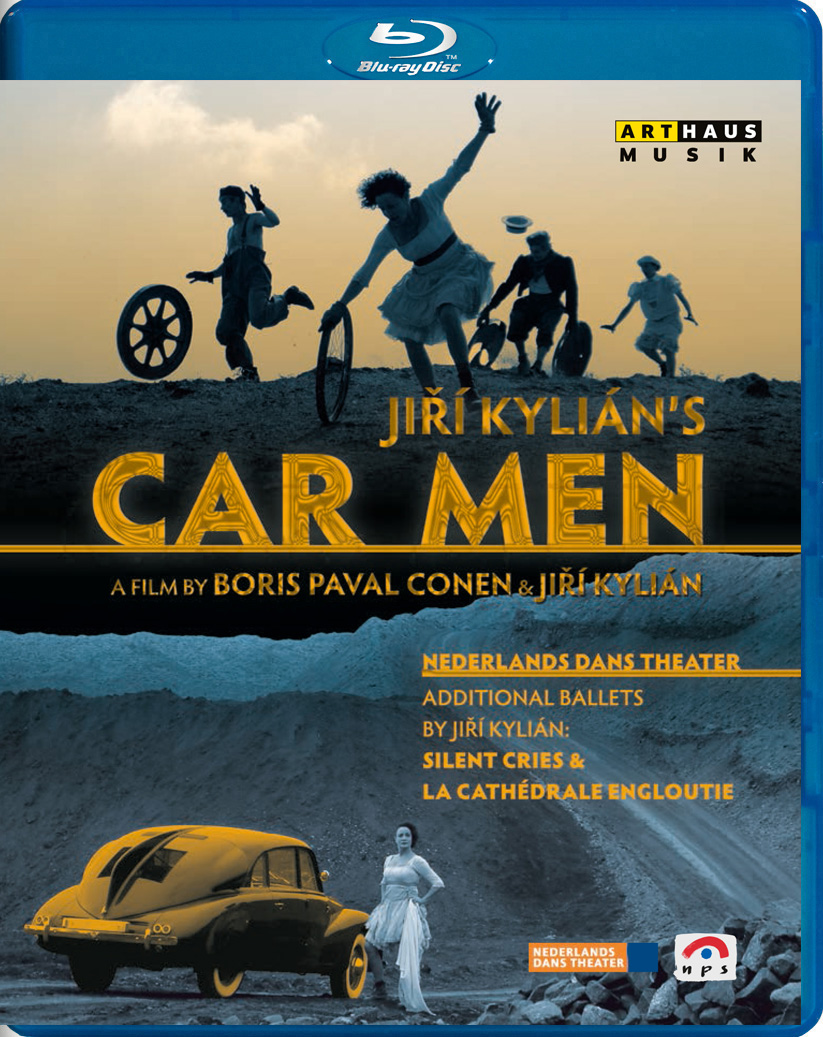 Exactly 20 years separate Jiří Kylián's solo Silent Cries and his black-and-white film, Car Men, made in 2006 in collaboration with the Dutch filmmaker, Boris Paval Cone. What unites the two works is the sheer expressiveness of the dance on the one hand, and the distinctive facial gestures and body language of the dancer Sabine Kupferberg on the other. Kupferberg is the one who pulls the strings in Car Men, victim and plotter in equal measure, prepared at all times to stand up to life's problems - as well as to her three co-actors Escamillo, Don José and Micaëla - with humour and enigmatic wit. And so at the end of Kylián's unusual, slapstick-like tragicomedy, she simply abandons her three colleagues, self-assured and incorrigible - just like her role model Carmen. Including additional ballets by Jiří Kylián: Silent Cries La Cathédrale Engloutie.